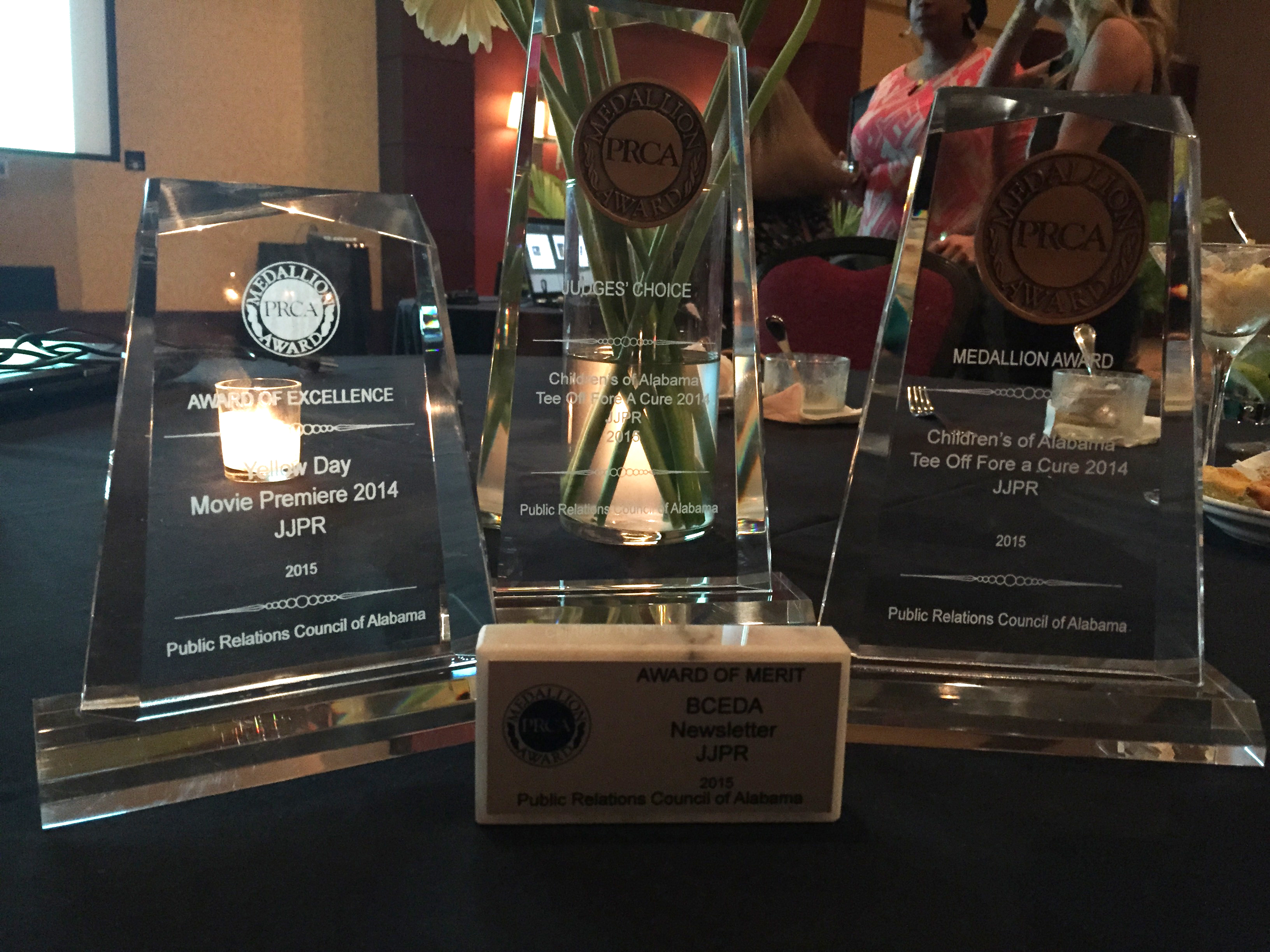 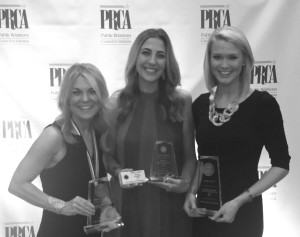 JJPR, based in Daphne, Ala., took home a total of four awards including a Judges’ Choice Award from the Public Relations Council of Alabama’s (PRCA) Medallion Awards held Thursday, April 2, at the Renaissance Montgomery Hotel & Spa at the Convention Center. PRCA’s Medallion Awards recognize outstanding work in the field of public relations from professionals throughout the state of Alabama.

JJPR received a Judges’ Award and a Medallion Award for its event promotion for Children’s of Alabama’s Tee Off Fore A Cure. In addition, the agency received awards for its work with Yellow Day, the Movie and Baldwin County Economic Development Alliance.

“Our clients inspire us everyday, and we’re honored to be able to produce award-winning work for them,” said JJPR President Jennifer Jenkins, APR. “Our focus on client collaboration and partnership produces creativity and results for our client’s bottom line.”

The Public Relations Council of Alabama is a network of more than 500 public relations professionals with six chapters throughout Alabama. JJPR has been a member of the Public Relations Council of Alabama (PRCA) since the agency’s inception, and the agency’s president, Jennifer Jenkins, APR, is a past president of PRCA’s statewide organization as well as the PRCA Mobile chapter.