04 Mar Women Who Inspire Us

March is Women’s History Month. This month is a celebration of women’s contributions to history, culture and society. As an all-female agency, we recognize the women who have paved the way for us and who have led and inspired women and girls across the globe. We asked our team to share a woman who has inspired them, as well as their favorite quote below! 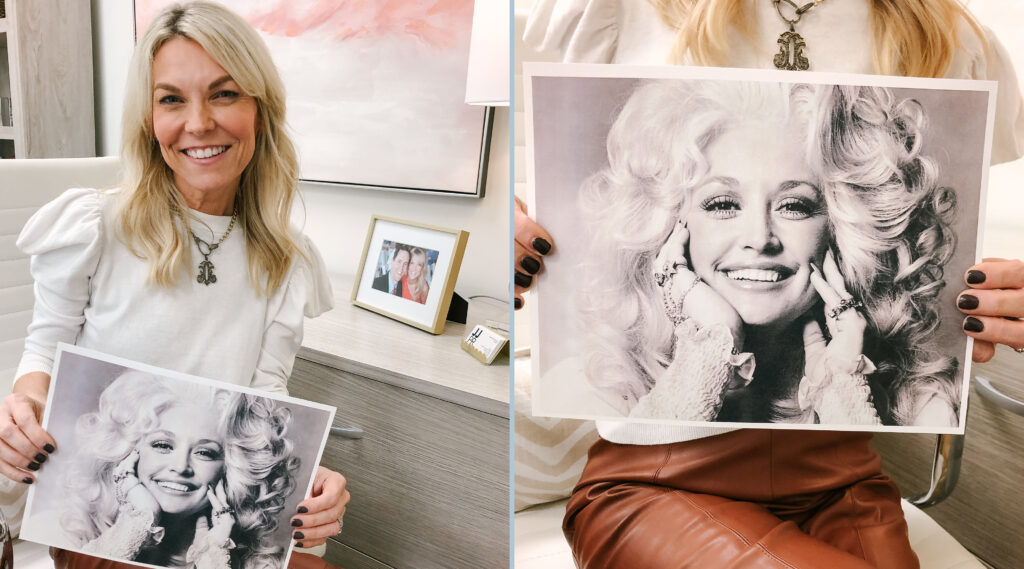 Dolly is an icon and has been a voice for working women, showing us all how to live our best lives. She brings people together not only with her music but also through her actions, encouraging us all to enjoy our own journey and never judge others for doing things differently. Over her career, she has unapologetically gone against others to remain true to herself. Dolly’s star power has transcended throughout her life and has only grown with each passing year. We need more people like Dolly in this world.

“We cannot direct the wind, but we can adjust the sails.” 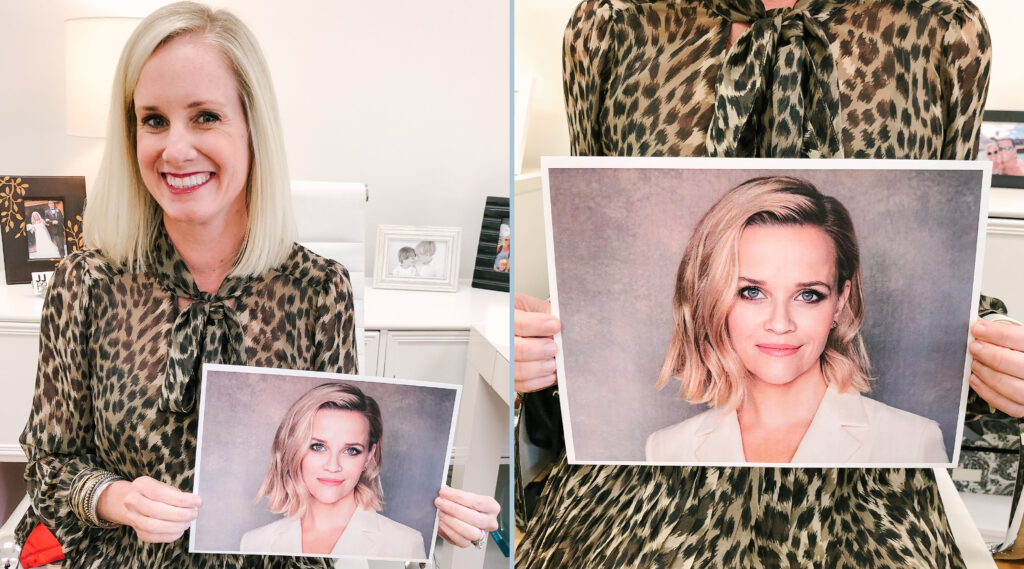 Reese Witherspoon is an American actress, producer and entrepreneur. The recipient of various accolades, including an Academy Award, two Golden Globe Awards, and a Primetime Emmy Award, she is one of the highest-paid actresses in the world.

Reese is a strong, Southern woman who leads by example. After many attempts to get the film industry to represent the complexity of women in the roles they play, she started Hello Sunshine with a mission of “creating opportunities for women in front of and behind the camera.” This initiative highlights how proving yourself through action can be more productive than waiting on others to listen, and I love this. I always tell my children that actions speak louder than words, and Reese does just that. She has a kind heart and a willingness to help anyone in need and if she believes in something, she will fight for it – in the most graceful way possible.

“Many people worry so much about managing their careers, but rarely spend half that much energy managing their lives. I want to make my life, not just my job, the best it can be. The rest will work itself out.” 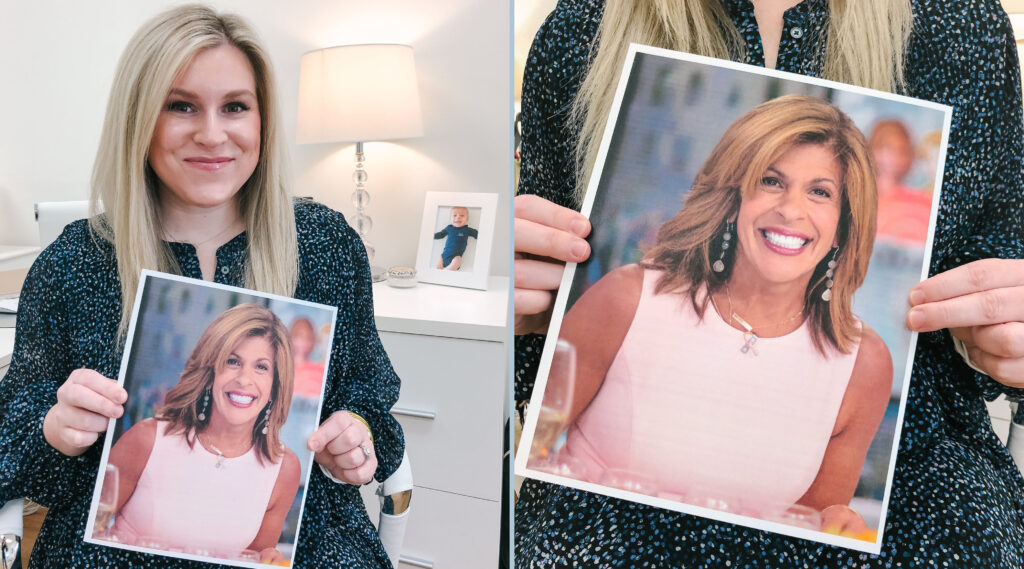 She is a main co-anchor of the NBC News morning show Today and co-host of its entertainment-focused fourth hour. Kotb formerly served as a correspondent for the television news magazine program Dateline NBC.

Hoda is an example to women everywhere. She has proven that you can be a good journalist and a good human simultaneously. She adopted her first daughter, Haley, at 52 years old, shattering the idea that motherhood is only meant for a certain age and time in one’s life. Her book, I Really Needed This Today, is full of inspiring quotes that offer hope and resonance to those who read it. I highly recommend it to everyone. Hoda simply chooses joy each day of her life. I look up to her and hope to be someone who others can look at one day and say, “She always chose to be happy. She always chose joy.” 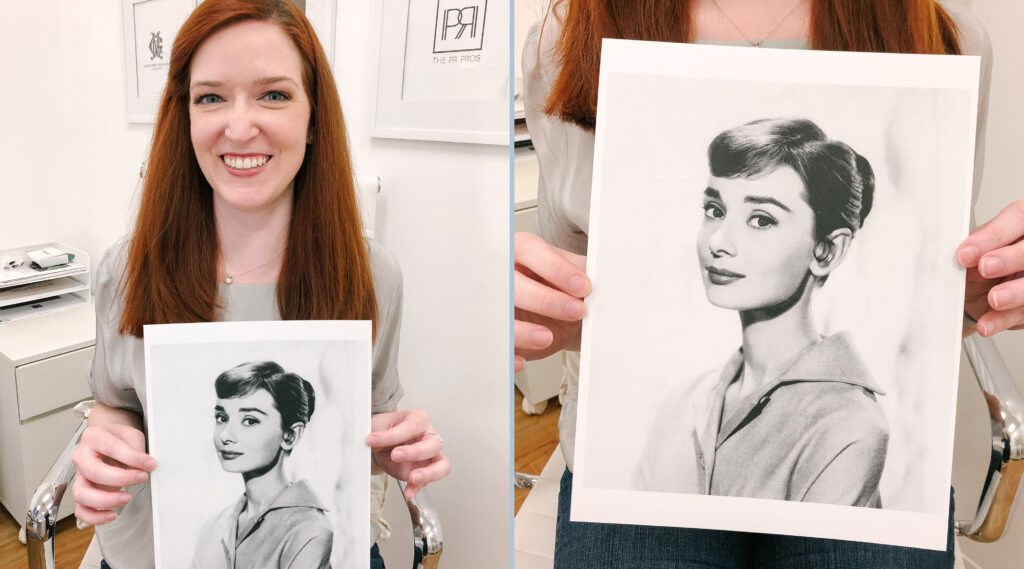 Actress and humanitarian Audrey Hepburn, star of ‘Breakfast at Tiffany’s,’ remains one of Hollywood’s greatest style icons and one of the world’s most successful actresses.

She inspires me because although she was a talented actress and performer, she also used her influence to help others. She was a UNICEF ambassador, style icon and achieved EGOT status. She never wanted anyone to feel less than and didn’t shy away from her own insecurities. She was most famous for her work in movies, but she would rather be known for her work helping others. 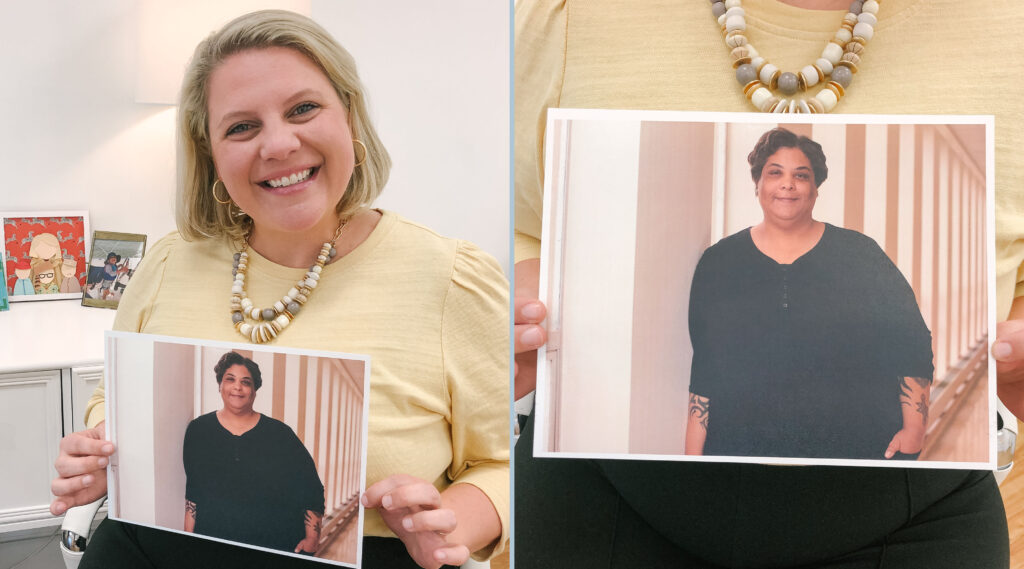 Roxane Gay is an American writer, professor, editor and social commentator. Her previous books include Bad Feminist, Difficult Women and An Untamed State. She teaches English at Purdue University.

Writer of several memoirs including my two personal favorites of hers Bad Feminist and Hunger, Roxane Gay has an uncanny and really beautiful way of writing about trauma while also applying it to real world, larger issues. This sounds dire, but it’s a really refreshing way to read something that might be a difficult subject. She also just launched a new book club and newsletter in January called The Audacity which I’m really enjoying. She writes about the writing that inspires her and gives EXCELLENT reading recommendations for every genre.

“Change requires intent and effort. It really is that simple.” 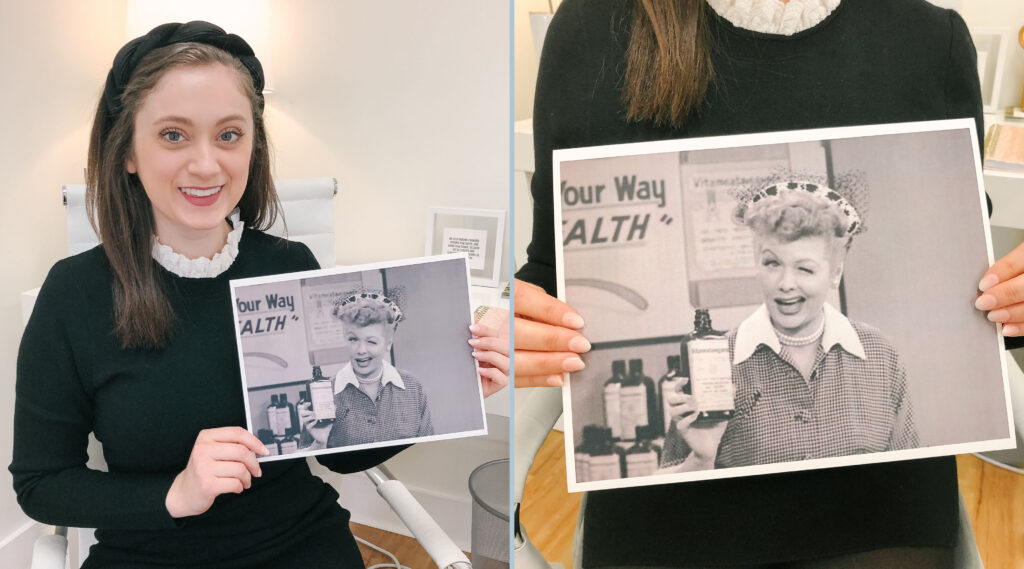 Lucille Ball was an American actress and pioneer in comedy. She is best known as the star of the popular television sitcom ‘I Love Lucy.’

Lucille Ball has been an inspiration for me since I was a kid. Not only was she insanely funny, she was smart, beautiful and had a great sense around business, as she was the first female to lead a major production company. She was willing to audition for roles that had grit and humor, during a time when society told women to stand still and quiet and be beautiful. Simply put, she was brave. 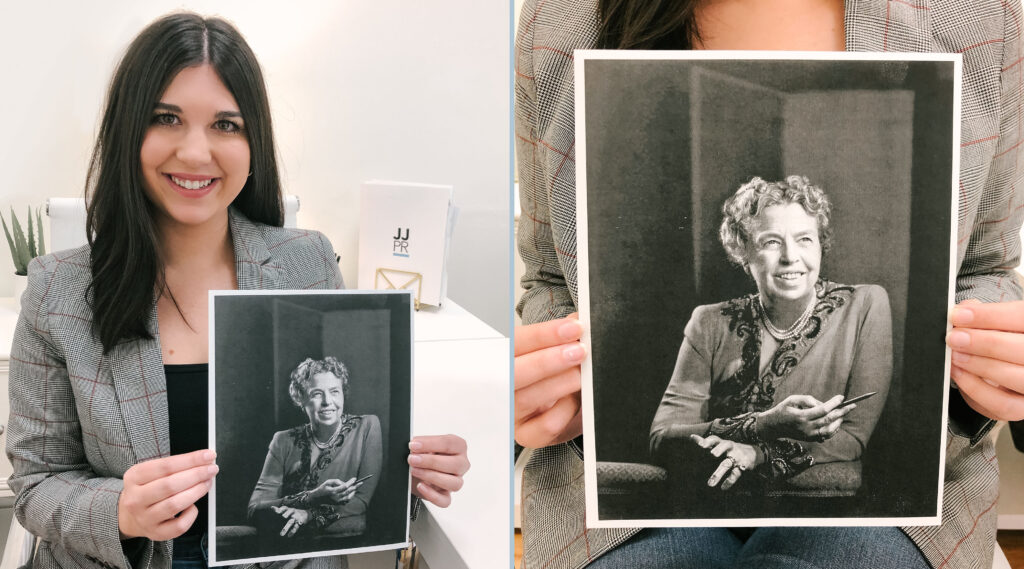 She was an American political figure, diplomat and activist. She served as the First Lady of the United States from March 4, 1933 to April 12, 1945, during her husband President Franklin D. Roosevelt’s four terms in office.

Eleanor Roosevelt transformed the office of the First Lady, as well as the way Americans viewed the role of women in public life. Not content to stay confined to domestic issues — and unafraid to ruffle the feathers of the many critics who complained that she was overstepping her role — Eleanor Roosevelt held her own press conferences, wrote her own newspaper column, traveled abroad to support American troops during World War II, and frequently spoke out in favor of women’s rights, children’s issues, helping the poor and combating racial discrimination. And she did all of this while helping to raise the six children she had with FDR.

“You must do the things you think you cannot do.” 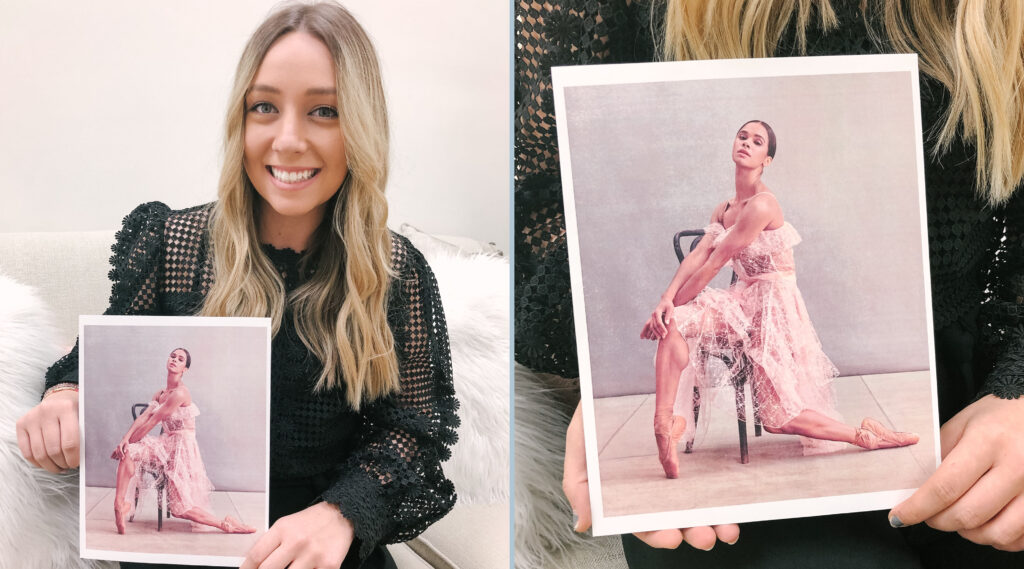 Misty has inspired me since an early age when I started doing ballet. I have followed her career and struggles to get to the top for a while. She has helped American Ballet to set a new standard for classical ballet by being diverse, dreaming big and it doesn’t matter what you look like or where you came from – if you can dance, you can dance! I love how empowering she is too, not just to dancers and ballerinas but to every woman struggling to make it to the top in their industry. She truly is such an inspiration and her never give up/can do attitude is such a motivator to continue to strive for what you want in this world.

“All you can do is be your best self. I’ve always felt that I had to be that much more aware of how I present myself. I’m representing more than just me. I think every person should think that way.” 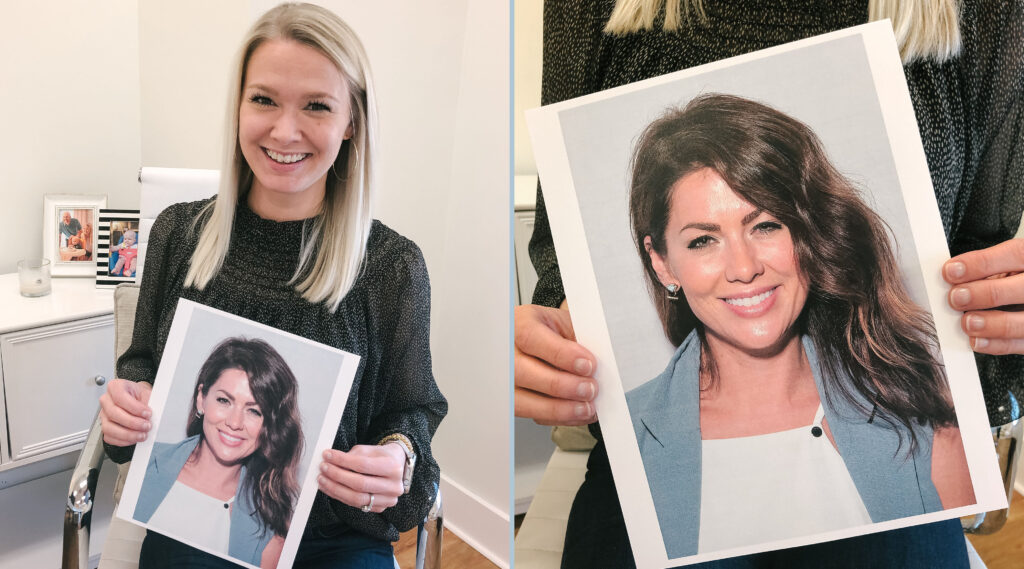 Jillian Harris is a Canadian television personality and interior designer. She is best known for appearing on the television series The Bachelor, The Bachelorette and Love It or List It Vancouver.

She’s a working mom who doesn’t shy away from a challenge. She keeps a super positive attitude sprinkled with wit and dry humor, and she also keeps it real when it comes to real-world issues, not ignoring important issues. As an entrepreneur, she uses her platform to support multiple nonprofits and spread positivity and creativity, which is something we can all use a little more of.

“My mission: To be a daily escape and place where people can come to laugh, to learn and to be the best version of themselves while building an inspired and supported community that celebrates the art of creative living.” 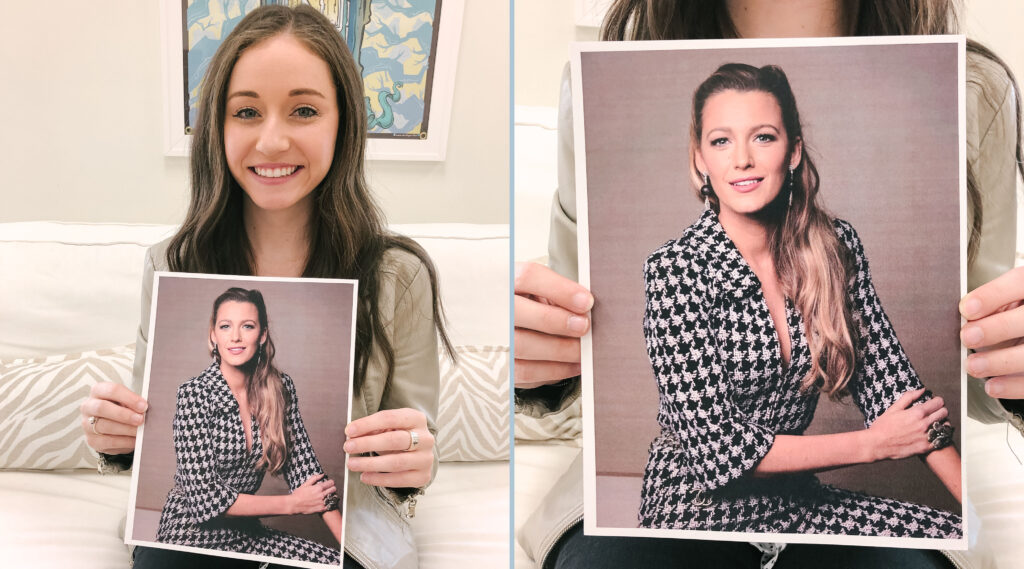 Blake Lively is an American actress. Born in Los Angeles, Lively is the daughter of actor Ernie Lively, and made her professional debut in his directorial project Sandman.

She was in several TV shows and movies that I watched while growing up, which is where I first began to follow her. She has always come off as a confident, fun-loving person who is obviously gorgeous and doesn’t care what other people say about her! I look up to her even more now because she uses her platform for good by being a voice for those who don’t have one. She is a major supporter of the Child Rescue Coalition and devotes her time to standing up for sex trafficking victims. Fun fact: We both LOVE Cheesecake Factory.

Inspiring female leaders, mothers, CEOs, activists and writers are the backbone of our country. Women who inspire other women provide a level of guidance, leadership and support that is unparalleled, delivering great meaning to the significance of Women’s History Month. Let’s continue to progress forward and advocate for all women, creating consistent change for the better.

“You don’t have to go far to find influential women, but it’s up to you to commit to studying them.” – Taffi Dollar