Instagram, a platform founded on photos and filters, is now primarily videos and reels or Tik Toks repurposed for Instagram. Facebook was not far behind in the shift to more video. Now our feeds are filled with suggested content in video.

If you are wondering why, look no further than social media algorithms. Platform algorithms register that video performed BETTER than any other content – better than graphics, better than photos with thoughtful captions, better than carousels. As a result, savvy content creators adjusted their social media feeds to fit what users were engaging with the most.

Video is now the king of social media mountain. 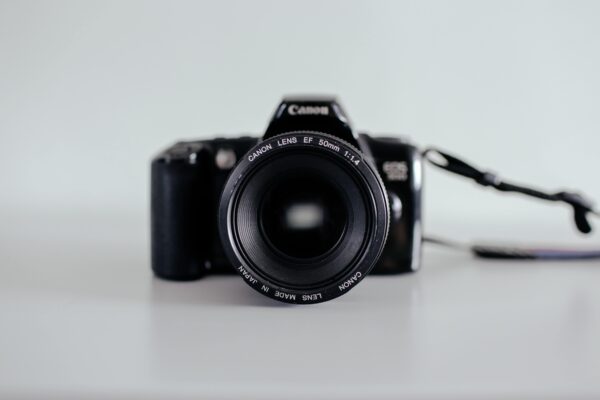 So, while video is now king of social media mountain, what we really mean is that VIDEO has finally become the conqueror and imperial emperor of all marketing including social media.

Long ago, located in the annals of advertising past, the only video that agencies produced for a client in a calendar year was a 30-second TV spot. The spot would be part of a larger campaign meant to run in the market for 12 to 18 months. There was strategy and messaging, and a big shoot – we used FILM for crying out loud! And we know what you’re thinking…”sure, grandma let’s get you home.”

A video or TV project created for a client was intended to have longevity. Now, the life of video content for social media is meant to last days, not even months.

Should this new landscape change how we approach video as marketers and advertisers? Yes – of course! But also…no. (insert full eyeroll emoji)

First, don’t roll your eyes – they’ll get stuck like that.

Second, yes, digital and social media have revolutionized the landscape of producing video content. What was once extremely specialized with pricey equipment being your only alternative to make well-produced videos, is now something most anyone has access to. With the expansion of Adobe Creative Cloud applications for editing and animation, Canon and Nikon offering more user-friendly access to their equipment, and YouTube tutorials to teach you anything you want to know, creating a video is much easier (and less expensive) than it used to be.

Video is also more accessible now for businesses and individuals. Everyone has a tiny camera in their pocket. Apps allow us to edit directly into our social media accounts.

But while video is more accessible and easier to make for individuals, brands and marketing teams, it doesn’t mean you should create it just because you can.

Making it count doesn’t mean you need a big budget or a large team to produce it. You can use beautiful footage and sweeping music with only a drone, the operator and time. You can have a well-written script, read in a way that would make Morgan Freeman weep. You can write a parody or skit where the content itself is funny without needing a high production value. The one thing all of these videos require is time to plan and create.

Agencies have adapted to the need for quick production times, leaner budgets and disposable content by using the same tried and true production methods. By eliminating the back and forth between production companies, taking advantage of the accessibility of specialized equipment and upskilling our creatives and producers, agencies now offer those same services largely in house. By using an agency partner to not only write but also produce your video content, your social media or brand video remains cohesive and connected to those who have crafted and strategized the message from its inception.

All this to say, whether you are going DIY or using a partner to help you produce your content, be intentional and thoughtful with your video. Have a plan. Think through your visuals. Know the story you are trying to tell and make sure your video reflects message. Ask yourself, would you engage with it if you were new to the brand? If the answer is yes, video can be king of your content.